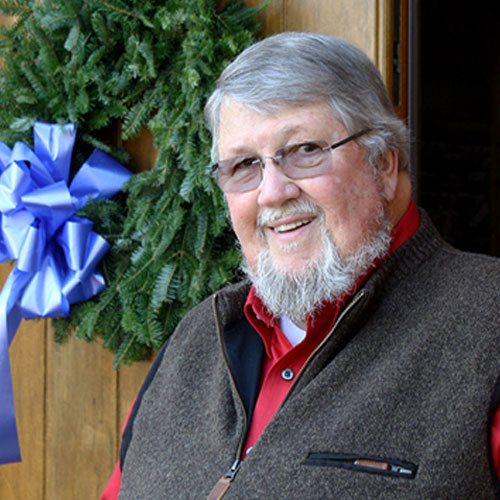 Born and raised in New Bern, John graduated from Wake Forest (where he met his wife-to-be, Donna) with a B.A. in English, and from the University of Florida with a Master’s in Education. He then honored his ROTC commitment with two years active duty as an officer in the U.S. Army, spending that time mostly at Ft. Hood, Texas. After finishing his military obligation, John and Donna along with their daughter, Shannon, moved to Auburn, Maine, where John taught Junior High School English and drama for two years, before the whole family moved to Miami, Florida, where John taught High School English for three years. After being strongly encouraged to do so, John applied for and was accepted as a Special Agent with the FBI, where he spent the next 26 years, most of it living in northern Virginia, working mainly counterintelligence and counterespionage matters, and teaching at the FBI Academy. Daughter, Taylor, and son, Matthew, were born during this time.

After retiring, John and Donna moved to Carteret County, and John, finally responding to an insistent itch in the back of his mind that just would not go away, began the discernment process toward ordination as a Deacon. After three and one-half years and many hundreds of miles back and forth to Diaconal training at the Episcopal Center at Duke University, he was finally ordained and assigned to St. Andrew’s. His Diaconal ministry is working with those with severe and persistent mental illnesses and their families and caregivers. In doing so, working closely with NAMI (the National Association on Mental Illness), for 12 years, he taught the 12-week long Family–to-Family course, and was certified to train other teachers for the course; for the past 12 years he has co-facilitated several support groups, currently running groups in Morehead City and New Bern. John loves being with his wife, Donna, music and singing, digging in the dirt of his veggie garden, his five grandchildren, reading most anything, and his Jeep.